Plastic pollution has become a major environmental health dilemma in aquatic, coastal and marine ecosystems. There is no ‘Easy Fix’ to restore these ecosystems. The involvement of education and science is required. School clean up campaigns are not enough. We need to mobilise youth, raise awareness, enhance environmental education, and take to action. We need to involve Government authorities to adjust policies and practices, and the private sector to support professional actions to clean up the mess. Within 152 UNESCO Biosphere Reserves we will test best waste-management practices and behavioural change and implement the most effective strategies in local communities.

The Challenges of Plastic

Plastic pollution has become one of the most pressing global environmental issues adversely affecting terrestrial, coastal and marine man-made and natural ecosystems. Not only are plastic ingestion and ghost-nets serious biodiversity threats to numerous mammals, reptiles, birds and fish, but micro-plastic has also begun to enter the human food-supply-system via the consumption of marine vertebrates and invertebrates.

The 2018 theme of World Environment Day 2018 was ‘Beat the plastic pollution’. At UNESCO, and in particular with a view to nature conservation in reconciliation with sustainable development and human living, we are taking this issue very seriously.

The Bangkok Post reported about the death of a short-finned-pilot-whale, on 3rd of June 2018, killed by swallowing 80 plastic bags. According to the Neue Osnabrücker Zeitung (23.6.2018) 13 million tons of plastic waste enters the world’s oceans annually. It is estimated that 12 billion tons will have accumulated in our oceans until 2050. The National Geographic June 2018 edition dedicated a comprehensive 38 pages article to plastic: We invented it – we need it – we are drowning in it. The article offers highly valuable statistical data. Accordingly plastic production has reached an annual total amount of 407 million tons in 2015, compared to 100 million in 1980. Plastic enters the marine systems via major rivers. Asia is especially contributing to the problem with 15 of the 20 most plastic-polluted rivers located in Asia, including the Amur, Hai, Ganges, Indus, Pearl, Yangtze, and Yellow. Other parts of the world also contribute large amounts of plastic-waste, for example through the waters of the Niger and the Nile rivers. This is an ongoing global and highly complex issue, and there is no ‘Easy-Fix’ to improve the situation. We are all responsible.

Areas of massive plastic pollution include extensive marine surface areas in the north-eastern as well as southern Pacific Ocean, the northern and the southern Atlantic Ocean, the Indian Ocean, as well as the Mediterranean Sea, and elsewhere. The north Pacific and the Indian Ocean are believed to be the two most plastic polluted marine areas, both in terms of plastic weight and particles.

The situation is quite dangerous and the problem is getting out of hand. There is no easy fix, as a lot of good individual activities have shown – the situation is rapidly worsening – a comprehensive inter-disciplinary approach is absolutely essential in order to generate meaningful, measurable and widespread impact. The issue is not new, and awareness raising and school-class clean-up-campaigns are no longer enough. We need to mobilise the youth, raise awareness, enhance environmental education, and turn to action. We need to involve Government authorities to adjust policies and practices, and the private sector to support professional actions to clean up the mess.

UNESCO, with its World Network of Biosphere Reserves (BRs), as well as its capacities in the Natural Sciences, Education and Youth Mobilization (MaB Youth Forum 2017), is capable of playing a substantial role in reducing the problem, and it has a clear mandate in particular in the Major Programme II. (Natural Sciences), as well as I. (Education, with a view to DESD). We therefore propose a comprehensive regional approach throughout Asia/Pacific, minimizing plastic pollution via the mobilization of the youth in UNESCO Biosphere Reserves. BRs are ideal places to systematically try and test existing and innovative ideas to clean up ecosystems and to keep them clean, with the involvement of Government authorities, the private sector and young people.

Think globally – act locally, as suggested during the Rio + 20 Conference, has become a very useful approach for numerous local contributions to achieve the Sustainable Development Goals of the Agenda 2030 (SDGs), and that includes the SDGs of relevance for this proposal, above all SDG 12, 14, and 15. The proposal will aim at numerous and geographically widespread grass-root-activities, with a massive cumulative multiplier effect.

Initially a Youth Conference is needed, together with a new fund that allows to finance the implementation of solutions and actions. The overall aim is to start a process that should go beyond the financial limits of this specific proposal. The BRs will function as incubators of change (via testing of many grass-root-level activities, primarily inside 152 UNESCO Biosphere Reserves, in cities and communities, as well as along water-fronts in Asia/Pacific), including best waste-management practices and behavioural change. The activities will be replicable and inspire multiplication activities beyond the borders of the testing sites.

Governments and the responsible private sector will be invited by UNESCO to provide annual funding, in order to mobilize the required resources for the successful and scientifically documented implementation of a new Biosphere Reserve related initiative: The Plastic Initiative. Clean up – Keep Clean.

Latest from our blog 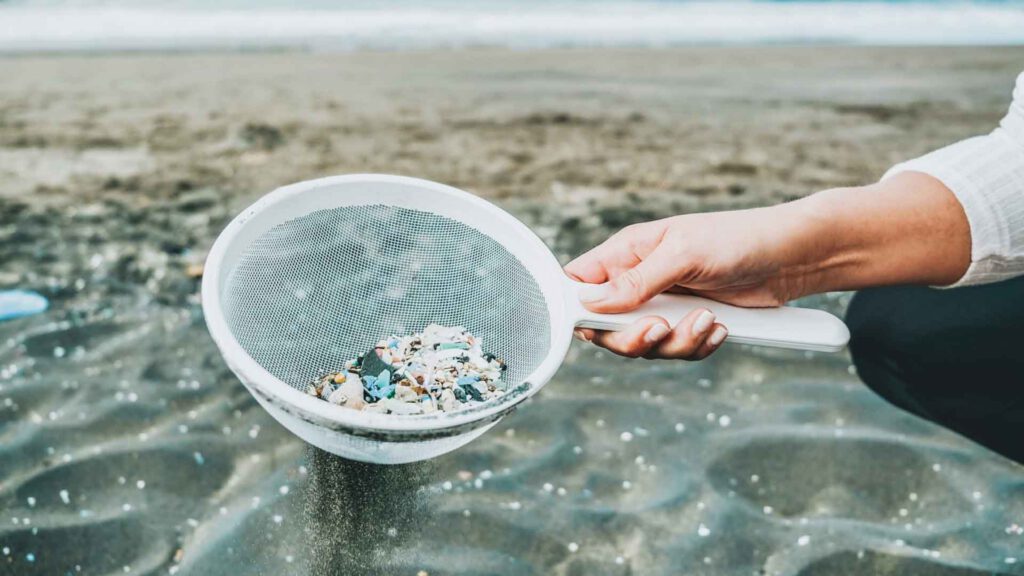 Microplastics in Water and Wastewater from IWA Publishing

Microplastics and plastic pollution are growing issues of concern for the health of our planet. These tiny pollutants threaten our water, wastewater, and ultimately our health. Every day more microplastics are added to our waters and wastewater. Many works examine the impact of these harmful microplastics in the marine environment,... 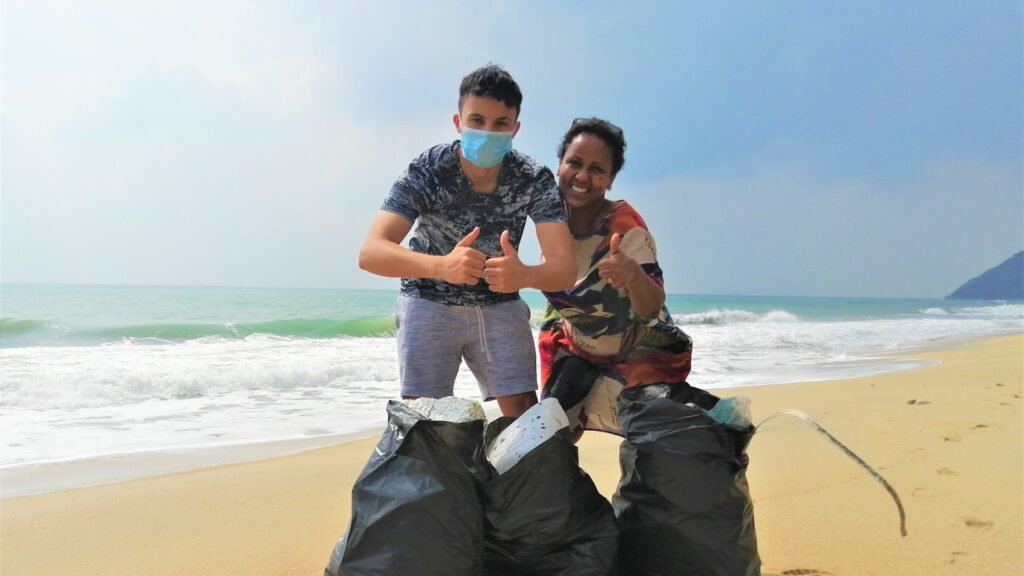 Our ocean is coughing up plastic!

As part of understanding more about plastic pollution and how severe the situation is in Thailand, I investigated the effects of increased plastic consumption and how it affects some of Thailand’s most beautiful locations. A beach was chosen at random and in the location of Ban Krut, around 100 km... 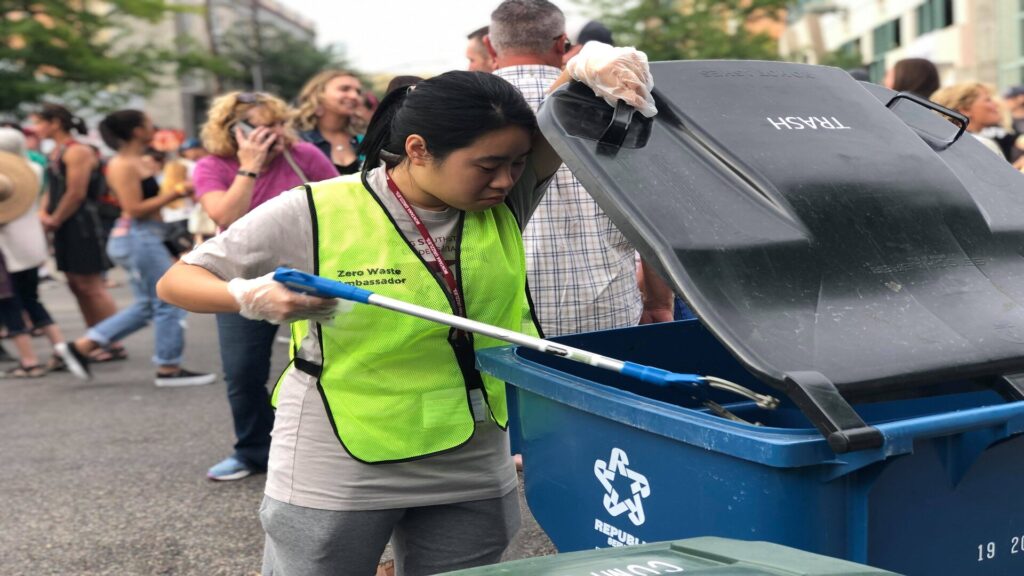 What good will it does if we say no to plastic?

Is it true that plastic problem will be solved if we just simply ban plastics? How many products are actually plastic free? According to Pollution Control Department and Ministry of Natural Resources and Environment, Thailand, 45,000 million plastic bags are consumed by Thai people in a year which is averagely... 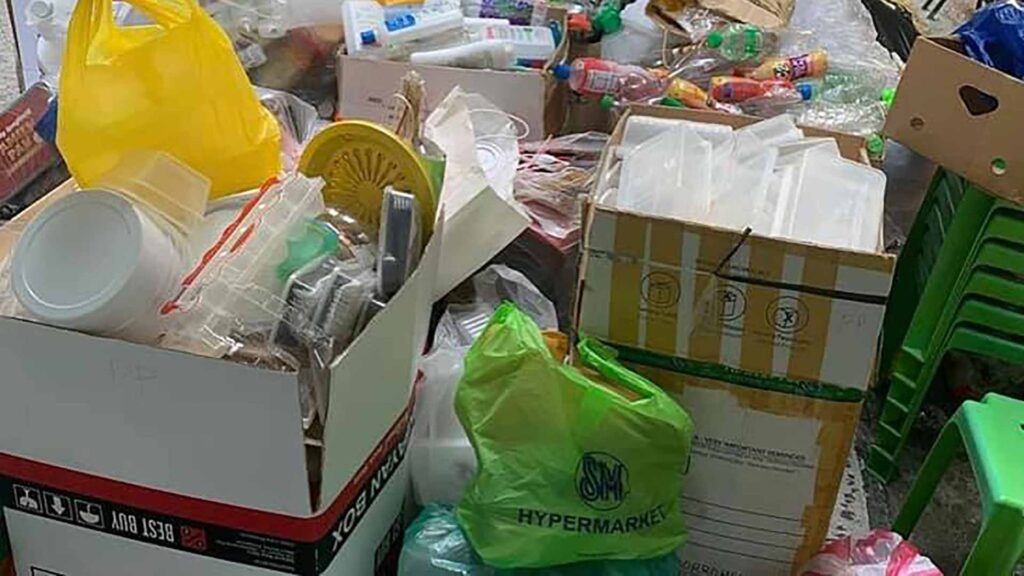 Research has shown that by 2050, more plastics will inhabit our oceans than fish. Efforts to counteract this notion have lost momentum due to the current pandemic. The planet lost its normalcy and people have adapted to a new way of living – staying at and working from home. However,... 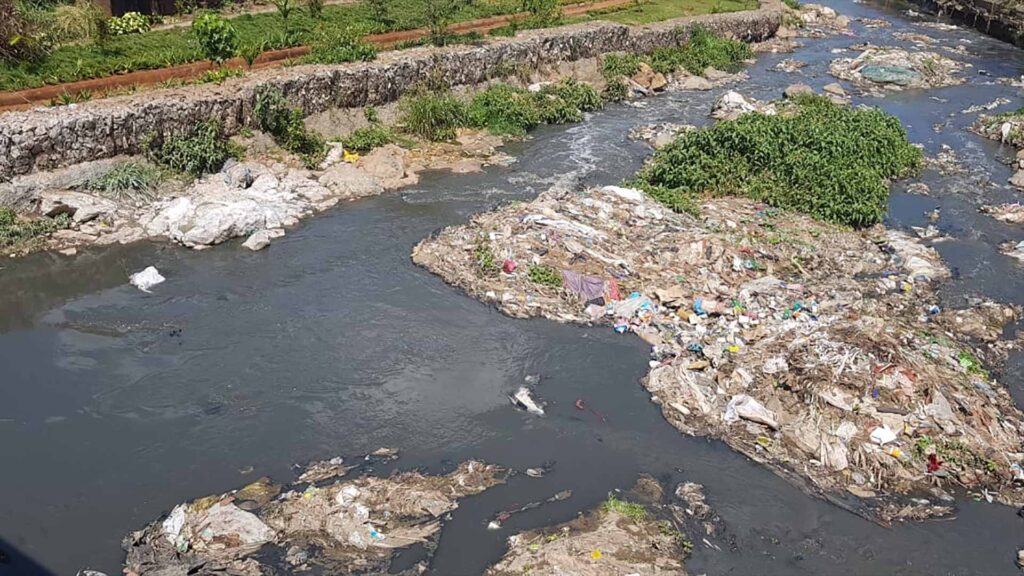 Expression of Interest for Hotspot modelling

Marine litter is a global issue, caused by unsustainable production and consumption, combined with poor infrastructure and policy frameworks and enforcement of relevant policies. Poor waste management on land, is the leading cause for marine litter, therefore measures must be taken to stop the leakage of land-based litter into waterways.... 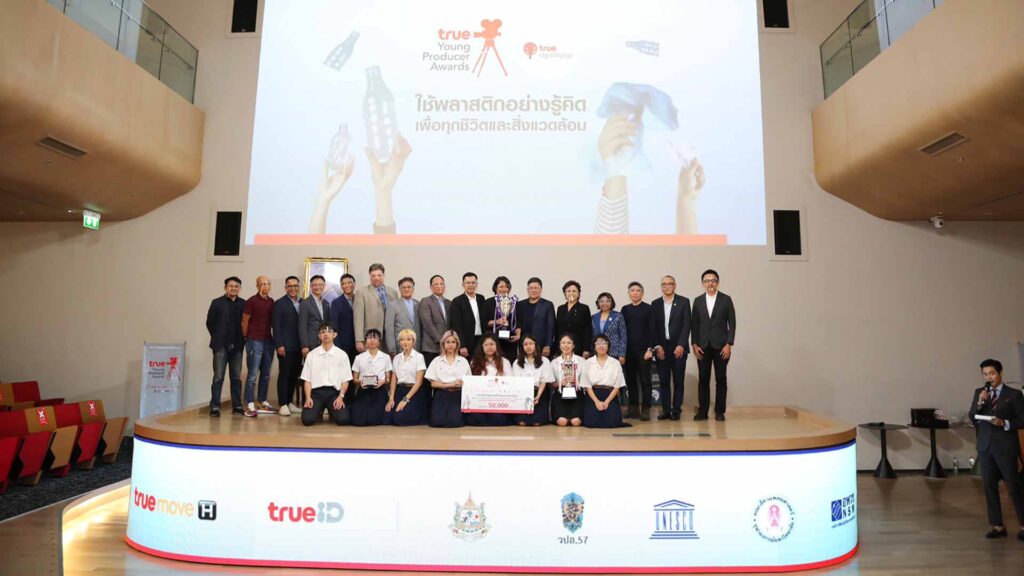 True Cooperation Group together with UNESCO Bangkok, National Science Museum Thailand (NSM), Thai National Defense College (NDC), the Ministry of Natural Resources and Environment, and the faculty of Veterinary Science, Chulalongkorn University arranged “the 16th True Young Producer awards” competition in the theme of “Be conscious in using plastic for... 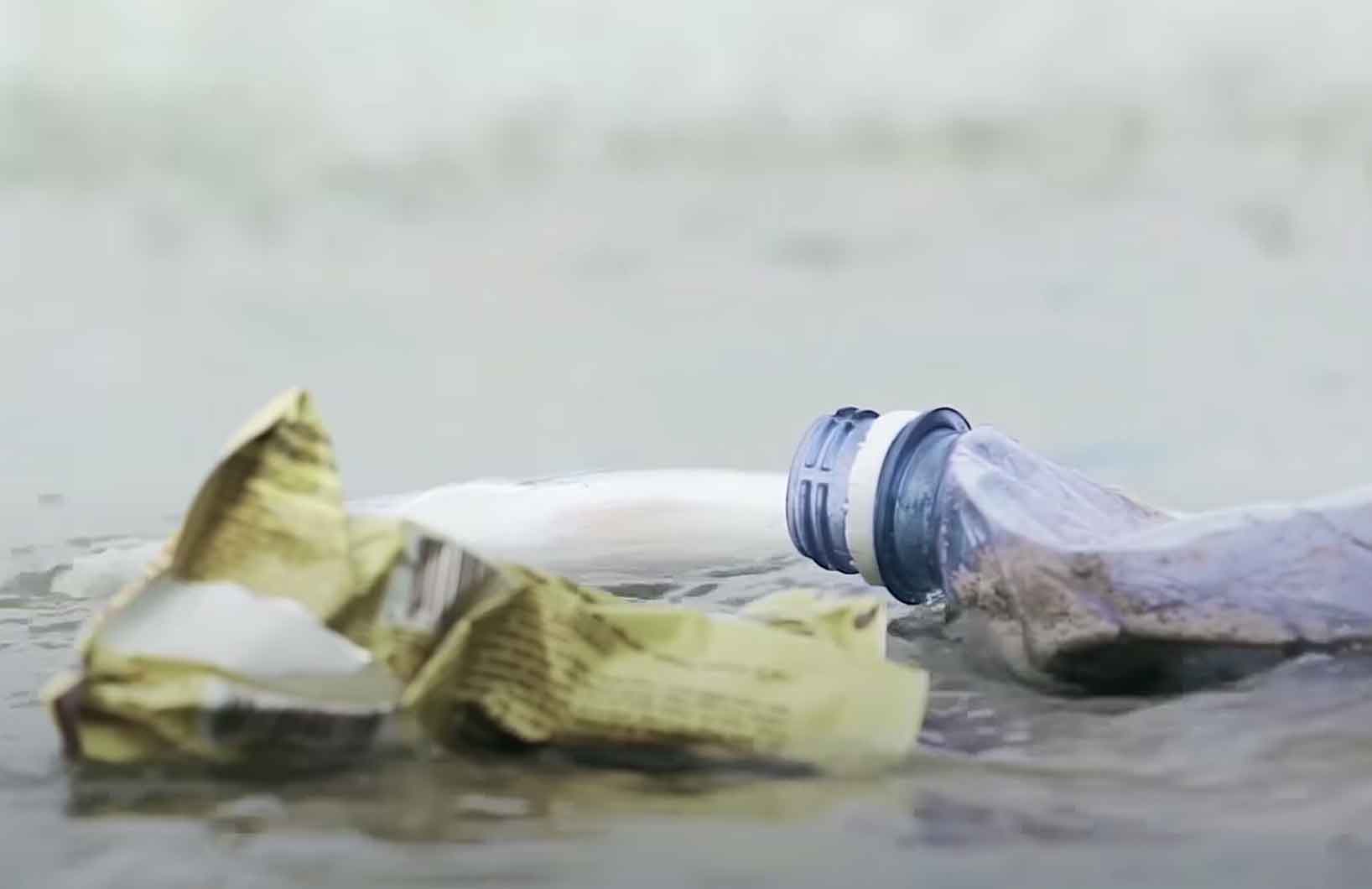 The Plastic Initiative: Inspiration for Youth

We are all responsible. Clean up campaigns alone are not enough!

We need to address the problem as a whole. Reduce plastic usage, plastic wastage and keep ecosystems clean.

The world is a beautiful ancient organism grown over millions of years. Like a terminal disease, plastic spreads through in its veins. I am passionate about helping cure this problem, not because I must but because I chose to. Perhaps I will inspire others to do the same. 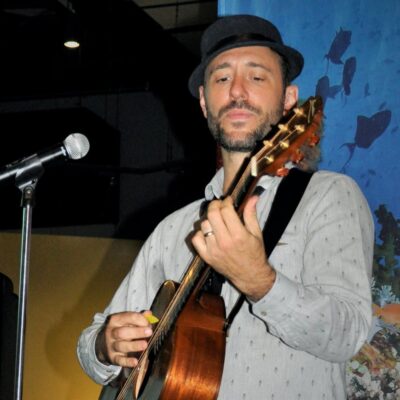 Charlie WinstonSinger & Songwriter
If we start right now, today, improve our behaviors, we will leave a better planet for future generations. 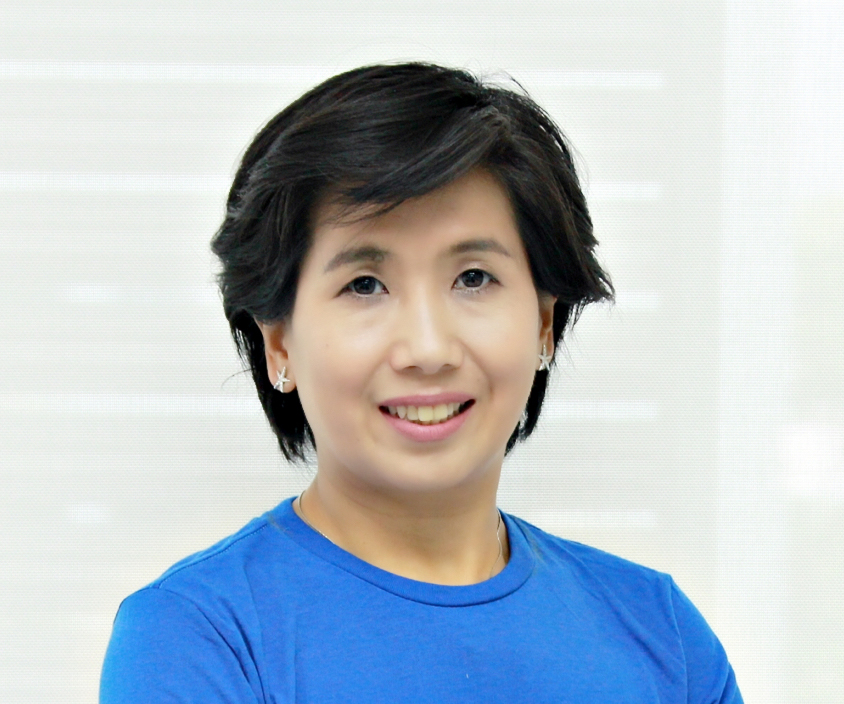 Suchana Apple ChavanichChulalongkorn University, Reef Biology Research Group
You only live this life once, so give your best self to the world. We are all responsible for the world our children will live, let us create the legacies for the next generation. 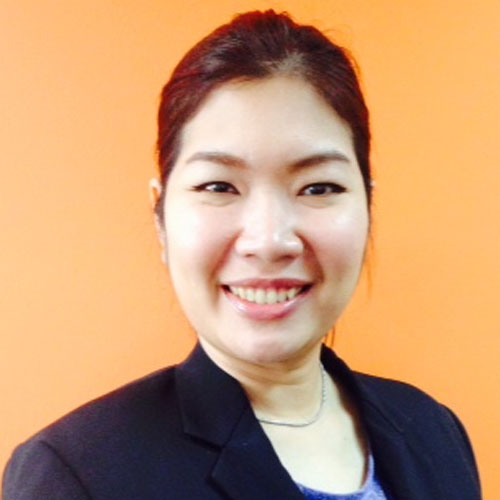 Getthip HannarongFounder and CEO - Zero Waste YOLO Co. Ltd.
Everyone must work together to find innovative and sustainable ways to live with and without plastic. Plastic is not bad in itself, rather it's about how we use it. 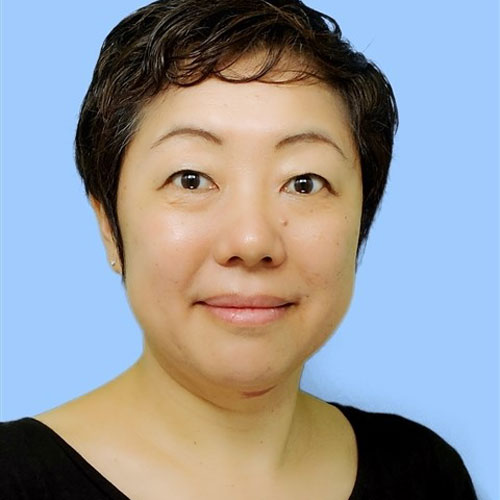 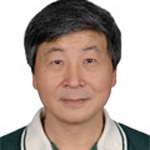